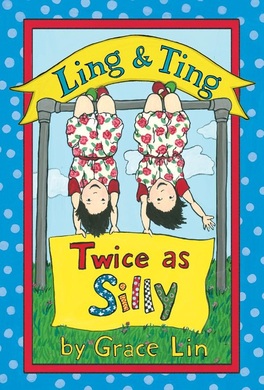 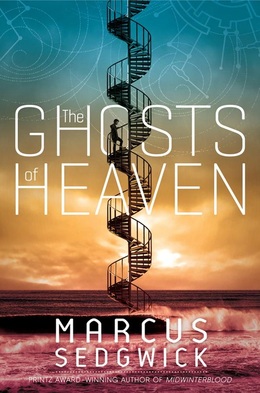 The Ghosts of Heaven
by Marcus Sedgwick


Four linked stories of discovery and survival begin with a Paleolithic-era girl who makes the first written signs, continue   with Anna, who people call a witch, then a mad twentieth-century poet who watches the ocean knowing the horrors it hides, and concluding with an astronaut on the first spaceship from Earth  sent to colonize another world. 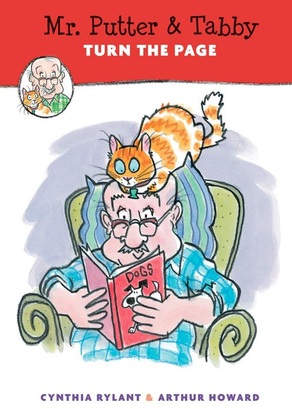 Mr. Putter and Mrs. Teaberry bring Tabby and Zeke to the library for a special storytime. 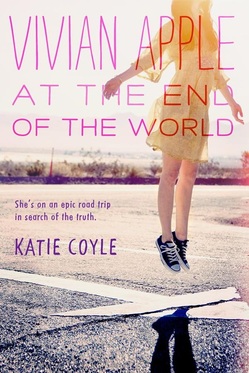 Vivian Apple at the End of the World
by Katie Coyle

Sixteen-year-old Vivian Apple returns home after the alleged 'Rapture' to find her devout parents gone and two mysterious holes in the roof. Vivian never believed in the Rapture, or the uber powerful Church of America. Now that she has been left behind, Vivan's quest for the truth begins. 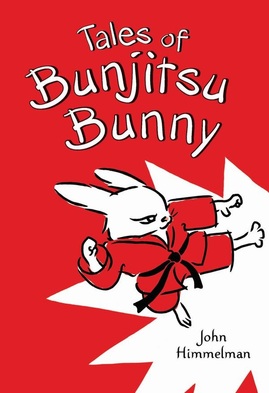 Tales of Bunjitsu Bunny
written and illustrated by John Himmelman


Although she can throw farther, kick higher, and hit harder than anyone else at school, Isabel,
aka Bunjitsu Bunny, never hurts another creature--unless she has to. 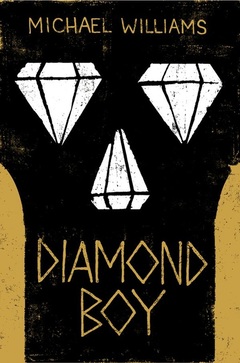 
"When Patson's family moves to [the] Marange region of Zimbabwe, he begins working in the mines, searching for blood diamonds, until government soldiers arrive and Patson is forced to journey to South Africa in search of his missing sister and a better life. 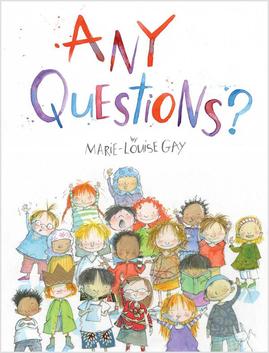 Any Questions?
by Marie-Louise Gay


Answers many of the questions the author receives from children on writing, including where she gets her ideas, how she learned to draw, and how many books she can write in one day. 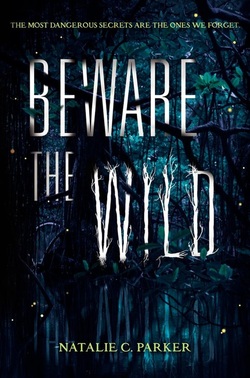 A teenaged girl and her boyfriend must find her brother after he wanders into their town's swamp and a mysterious girl appears in his place. 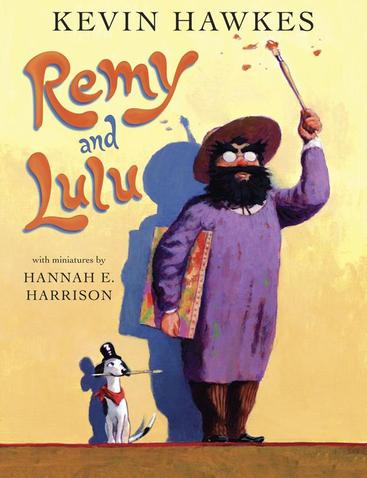 Remy and Lulu
written and illustrated by Kevin Hawkes ;
with miniatures by Hannah E. Harrison.


A down-on-his-luck painter with poor eyesight teams up with a dog with a knack for painting portraits. 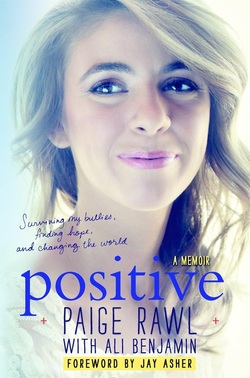 Positive :
Surviving my Bullies, Finding Hope, and Living to Change the World --a memoir
by Paige Rawl with Ali Benjamin. 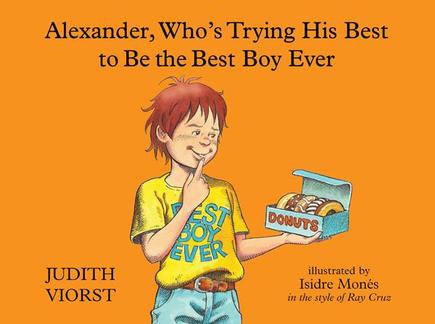 Alexander, Who's Trying His
Best to be the Best Boy Ever
by Judith Viorst ;
illustrated by Isidre Monés

After eating an entire box of doughnuts leads to consequences Alexander does not like, he decides to be the best boy ever for the rest of his life. 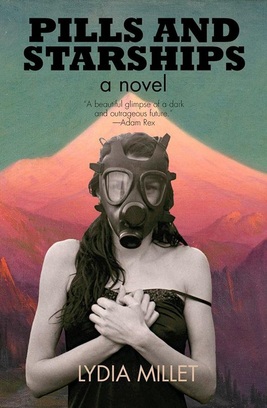 Pills and Starships
by Lydia Millet.


Seventeen-year-old Nat and her hacker brother Sam have come to Hawaii for their parents' Final Week.  Global warming has devastated the planet, and the disintegrating society that remains is run by "corporates" who keep the population complacent through a constant diet of "pharma."  The few Americans who stil live well also live long -- so long that older adults, like Nat's parents, blow out not by natural means but by buying death contracts. While Nat grapples with the bizarre ritual of her parents' slickly engineered last days, Sam begins to uncover a secret, wilder Hawaii hidden beneath the high-gloss corporate veneer.  Their family's Final Week races toward its climax in the face of a looming hurricane as Nat struggles to protect herself and the people she loves -- Along the way forging her own surprising path to hope. 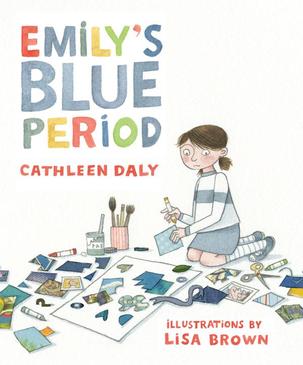 
After her parents get divorced, Emily finds comfort in making and learning about art. 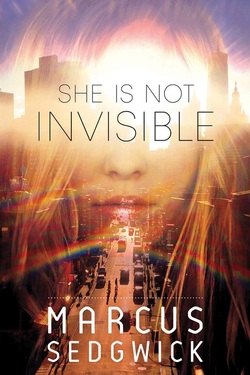 She is Not Invisible
by Marcus Sedgwick.


A London teenager who is blind and her younger brother travel to New York to find their missing father, using clues from his notebook. 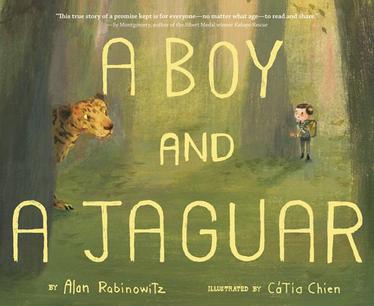 A Boy and a Jaguar
written by Alan Rabinowitz ;
illustrated by Cátia Chien.

The renowned cat conservationist reflects on his early childhood struggles with a speech disorder, describing how he only spoke fluently when he was communicating with animals and how he resolved at a young age to find his voice to be their advocate. 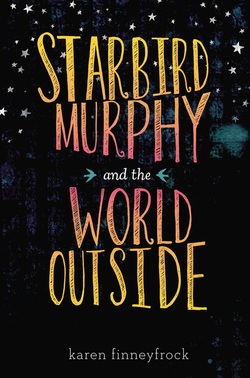 Starbird Murphy and the
World Outside
by Karen Finneyfrock.


Starbird has spent the first sixteen years of her life on a commune in the woods of Washington State. When she gets her Calling to become a waitress at the farm's satellite restaurant in Seattle, it means leaving behind the only place she's ever known and entering the World Outside. 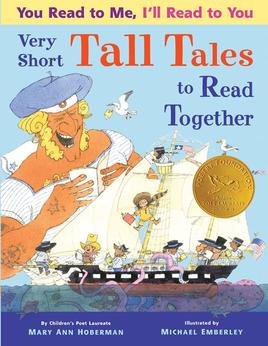 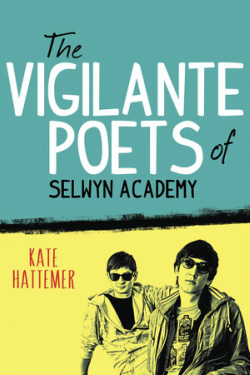 The Vigilante Poets of Selwyn Academy
by Kate Hattemer.


When a sleazy reality television show takes over Ethan's arts academy, he and his friends concoct an artsy plan to take it down. 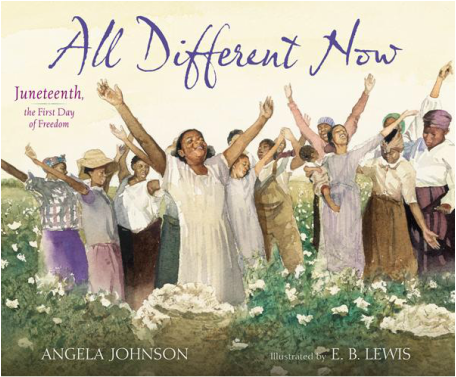 All Different Now :
Juneteenth, the First Day of Freedom
by Angela Johnson ;
illustrated by E.B. Lewis.

In 1865, members of a family start their day as slaves, working in a Texas cotton field, and end it celebrating their freedom on what came to be known as Juneteenth. 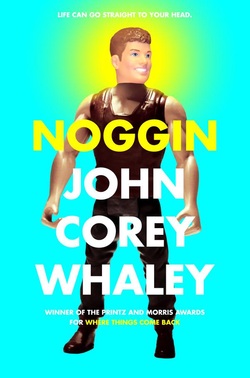 
After dying at age sixteen, Travis Coates' head was removed and frozen for five years before being attached to another body, and now the old Travis and the new must find a way to coexist while figuring out changes in his relationships.